Considerations for the Future 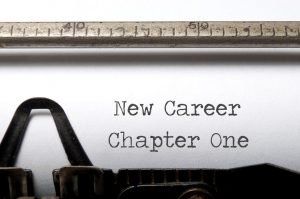 Making a career change can be difficult for anyone. However, the dependence of a transition for an executive weighs on the prospective employer and their future with the company.

Personal growth remains to be the most significant factor an executive considers when considering a career change. With an emphasis placed on continual learning, most executives search for opportunities that allow them to expand their skill set rather than chasing a title advancement.

And like any other searching candidate, executives also rely on the opportunities that the potential company offers. When given a chance to stretch their skills and abilities to new levels, allowing for them to see a significant change, executives are far more willing to shift to that new role than stay complacent in what they know.

Environmental factors come into account during the decision process, too. Is a shift in career going to make a positive impact on work-based culture? Will a transition allow for greater responsibility and oversight of a larger team? How will this position fall into the entirety of the organizational success? These questions all play a factor in an executive deciding whether to make a move or not. This element is mostly dependent on the overall goals of the executive candidate and the current state of their ongoing position.

While direct compensation does not play a significant role in an executive move, the financial stability of the organization does. If the prospective company shows greater return and less risk in company sales, work hours, employee turnover, mergers and acquisitions and competitive advantage compared to their current position, a top-level executive will realize those benefits and make the move into a new career.